Alicia Silverstone’s son Bear got bullied for his long hair

Alicia Silverstone is mom to Bear Blu Jarecki, who is nine years old. We don’t hear a lot about Bear and when we do, it’s usually about his vegan diet, which I guess Alicia feels she constantly needs to defend. Other than that, Bear seems like a happy young man living as normal a life as the son of a rich hippie in Hollywood can. Over the weekend, Alicia shared some photos of Bear following a swim in the family pool. Bear and Alicia have the same eyes. They also have the same hair style, something Alicia said he was teased about but when it came down to it, Bear liked his hair and said he wanted to grow it even longer. She posted the Instagram above with the following caption on Monday

I just love him so much! 🥰 Great Sunday hanging with my little baby.. Well, I guess he’s not so little anymore! We went for a swim and now we’re getting ready to make some dinner! Also I just LOVE his hair in this image, I had to grab a quick pic. One time my son was made fun of by other kids because of his hair on a bus ride to surf camp. After he had returned and told me, I thought he would want to cut it for a haircut appointment we had already scheduled the next day, but when we showed up, he said “please give me a trim so I can grow it to my waist.” That’s my boy! He knows who he is. He loves his hair and chooses to have it long. Mama and Papa aren’t going to stop him from being him. He’s beautiful and we love his hair! We would never impose any social ideas about what hair on a boy or girl should look like. We should all try to embrace our children and who they choose to be without any judgement! Plus there are so many very handsome men who have long hair Brad Pitt… Harry Styles…. Jason Momoa… even Jesus 😉… all long hair! Just sayin.. 😂❤️ #family#love

You know, in all the years I’ve defended long hair, or, more accurately, found any complaint against it ridiculous, I never thought of the Jesus comparison. Kourtney Kardashian and Rachel Zoe have both had to deal with people butting into their sons’ hair business, but those were parents, mostly moms, complaining. Bear’s teasers were kids and let’s face it, kids are mean. But Alicia’s right, we should just let our kids handle it. A lot of us are still conditioned by what we were told was socially acceptable from our childhood. When my son was in second grade, there was a dance performance thing and his class was disco-themed. The only thing I could find last minute to fit the costume was a pink button down shirt. After the function, the kids went to go run around the playground and I, paranoid, asked if my son wanted to change his shirt. He said no. I just knew he’d get teased, which he did, not five feet from where I stood. Some kid shouted, “Hey, look! Master Hecate is wearing a pink shirt!” And without slowing down his jog, my son shouted back, “Yep, and I make it look good, too!” and that was it. All my anxiety for naught.

Alicia is very much about Bear being his own person and that’s a good thing. We shouldn’t push gender norms on our kids. I hope the only decisions Bear ever makes about his hair are based on upkeep. Styles change. Preferences change. If Bear wants to bring Jesus-length hair back, let him. 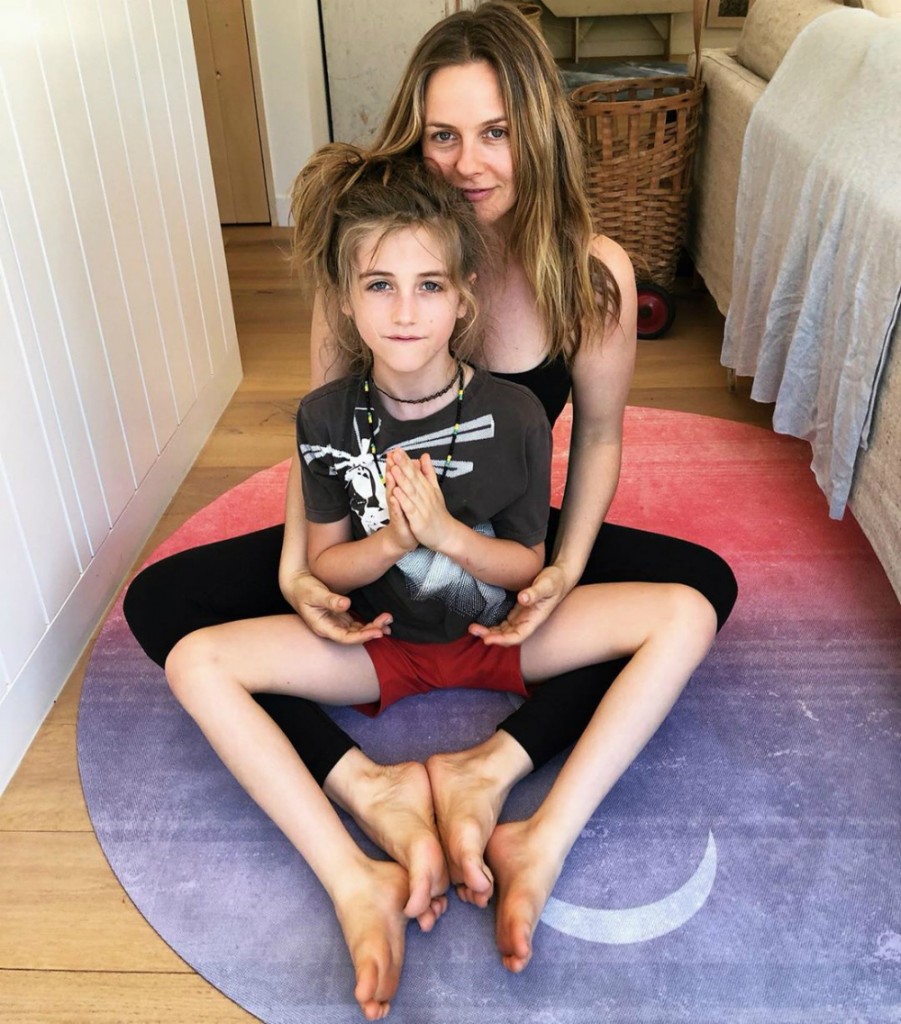 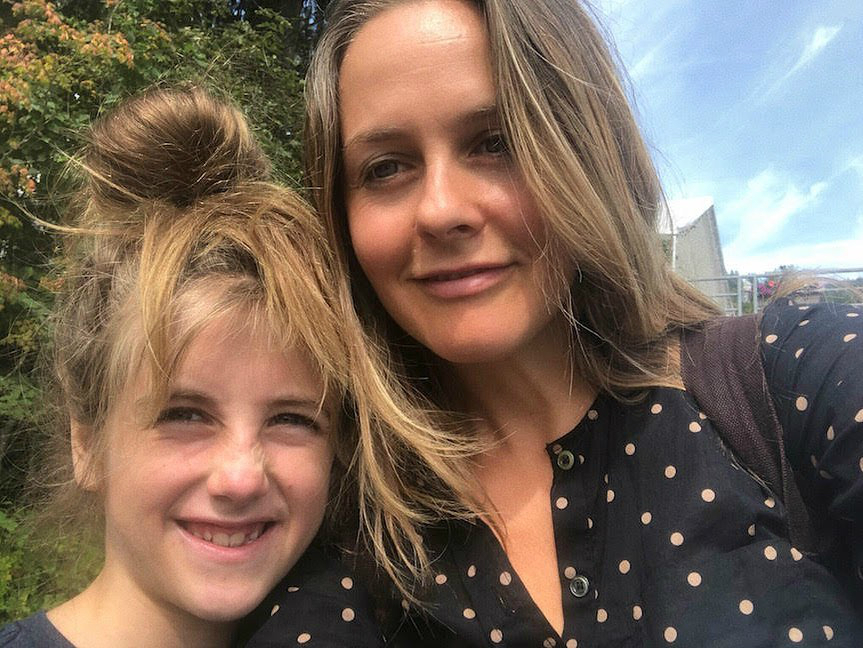 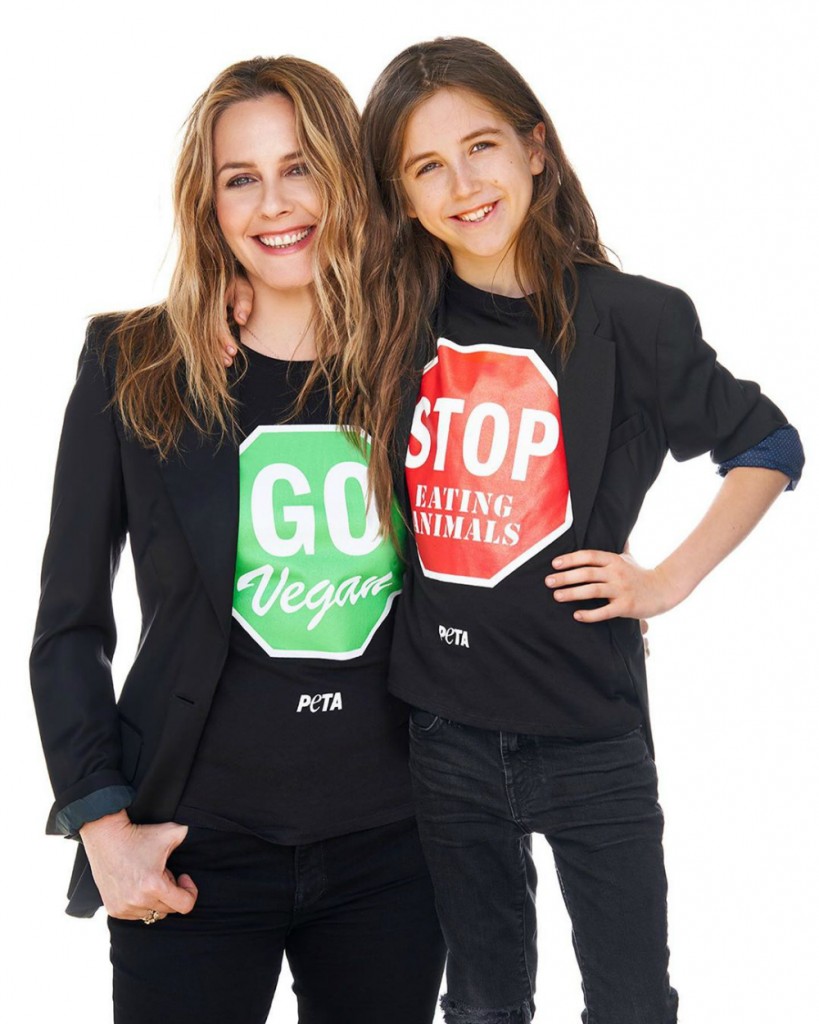