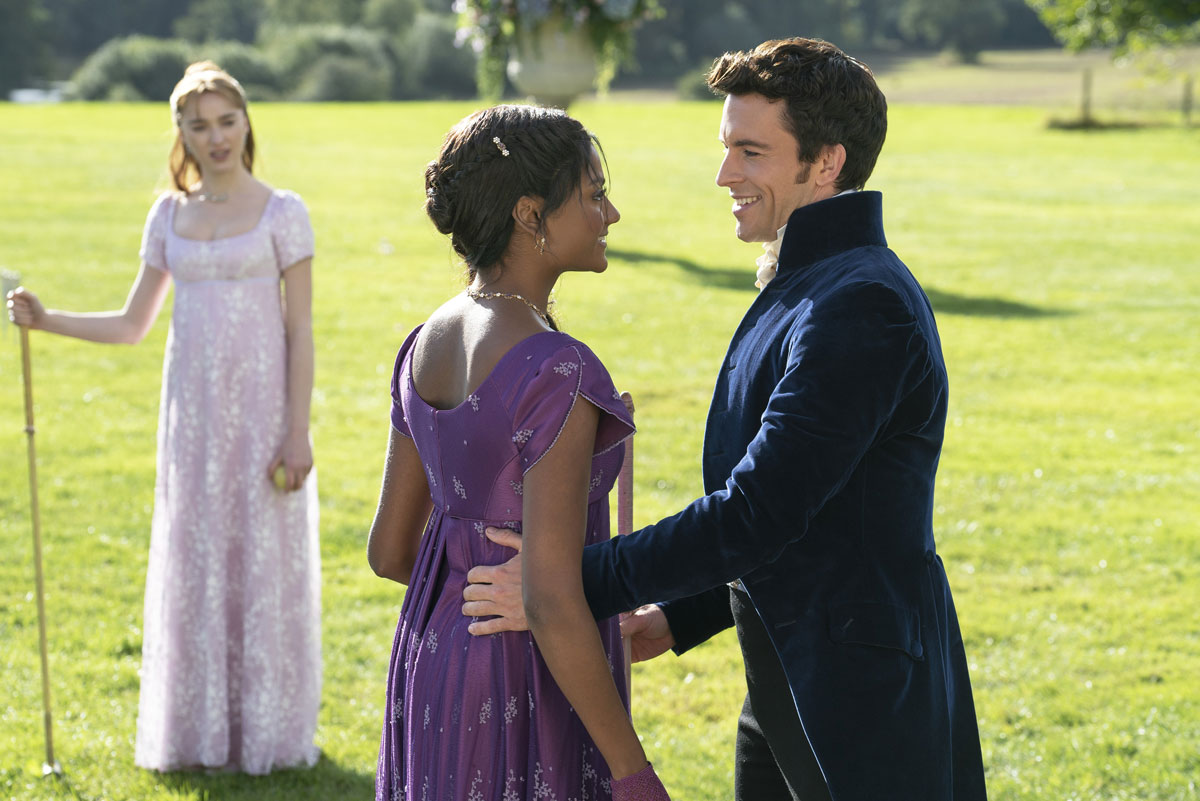 Spoilers for Bridgerton season 2
This is good news for the ton. Bridgerton season 2 premiered at the end of March after a 1.25 year wait from the wildly popular first season. And season two has just beaten itself — season 1 — to become the most-streamed English-language show on Netflix in its first 28 days. Even if it weren’t already renewed, it would definitely be renewed! I was a bit worried that season two wouldn’t be as popular without the return of Rege Jean-Page. I thought a lot of parched people gave the show a try because of him, which could still be true, but the viewers came back for the second season in full force! Start for Rege Jean-Page’s beautiful face in season 1 and stay for the acting in season two.

With 627.11 million hours viewed, the new season of the soapy period series bested the previous version of itself; “Bridgerton” Season 1 now ranks in second place for that same achievement at 625.49 million hours viewed over its first full four weeks. The 28-day mark, which counts four full weeks of availability, is Netflix’s primary metric to determine the success or failure of a show.

Remember that this claim is just for an English-language series, as South Korean-favorite “Squid Game” still holds the overall championship record at 1.65 billion hours viewed in its first 28 days. On the English-language front, “Stranger Things” Season 3 is close (enough) behind “Bridgerton” at 582.10 million hours streamed in its first 28 days. That show is returning in just over a month, on May 27, after nearly three years of the air. Before (the likely) “Bridgerton” Season 3, “Stranger Things 4” is coming for the crown.

This week, Season 2 of “Bridgerton” clocked 66.61 million hours viewed and appeared in Netflix’s top 10 in 88 countries. The series, produced by Shonda Rhimes’ Shondaland and created by Chris Van Dusen, made Anthony Bridgerton (Jonathan Bailey), the eldest sibling and head of the Bridgerton household, the star this time around, though in a less ribald season that, per some critics, seemed aimed more at the family-friendly set. That could help to explain its viewership numbers, not to mention more than a year of anticipation since Season 1 premiered on Christmas Day in 2020.

Also currently behind (and with some distance) “Bridgerton” Season 2 are the guilty-pleasure reality series “The Ultimatum: Marry or Move On” at #2, “Bridgerton” Season 1 at #3, followed by “Jimmy Savile: A British Horror Story,” “Inventing Anna,” and “Better Call Saul” Season 5.

From IndieWire’s review: “‘Bridgerton’ Season 2 tries hard to please everyone, but ends up feeling watered down. Gone is the sexiness in favor of a more chaste series that almost everyone can watch together. Simone Ashley is a gem this season, but there’s never enough chemistry between her and Bailey to get a fire started.”

[From IndieWire via Yahoo! Entertainment]

There was so much angst over Rege Jean-Page’s departure that I am really glad this season was successful without him. I like him and I liked his character, but if the show shifts focus every season to go along with the books maybe it was better that he didn’t return. He could have pulled focus from the central couple with all the thirst for him and it might have been weird to see him sidelined as basically the best friend and brother-in-law. The show is called Bridgerton, I guess it makes sense that Anthony was confiding in Daphne and his brothers.

So one thing that occurred to me as I was watching season two was that horny viewers might tap out the longer it took for the action to happen. So again, glad I was wrong! I disagree with IndieWire’s review: there was certainly chemistry between Simone Ashley and Jonathan Bailey. They both have beautiful, expressive faces and they’re great actors. I thought they were perfectly cast for nuance and inner torment of season two. A lot of their acting lay in the facial expressions and eye contact and subtle ways in which they gravitated toward one another. My book reader friends told me the “I burn for you” line was supposed to be delivered from Anthony to Kate. I see why they used such an iconic line in the first season, but I wish they saved it for Anthony! The slow burn was believable and hot; it would have been perfect for this season. I only wish we got another episode with more action! Oh well, there’s always next season. 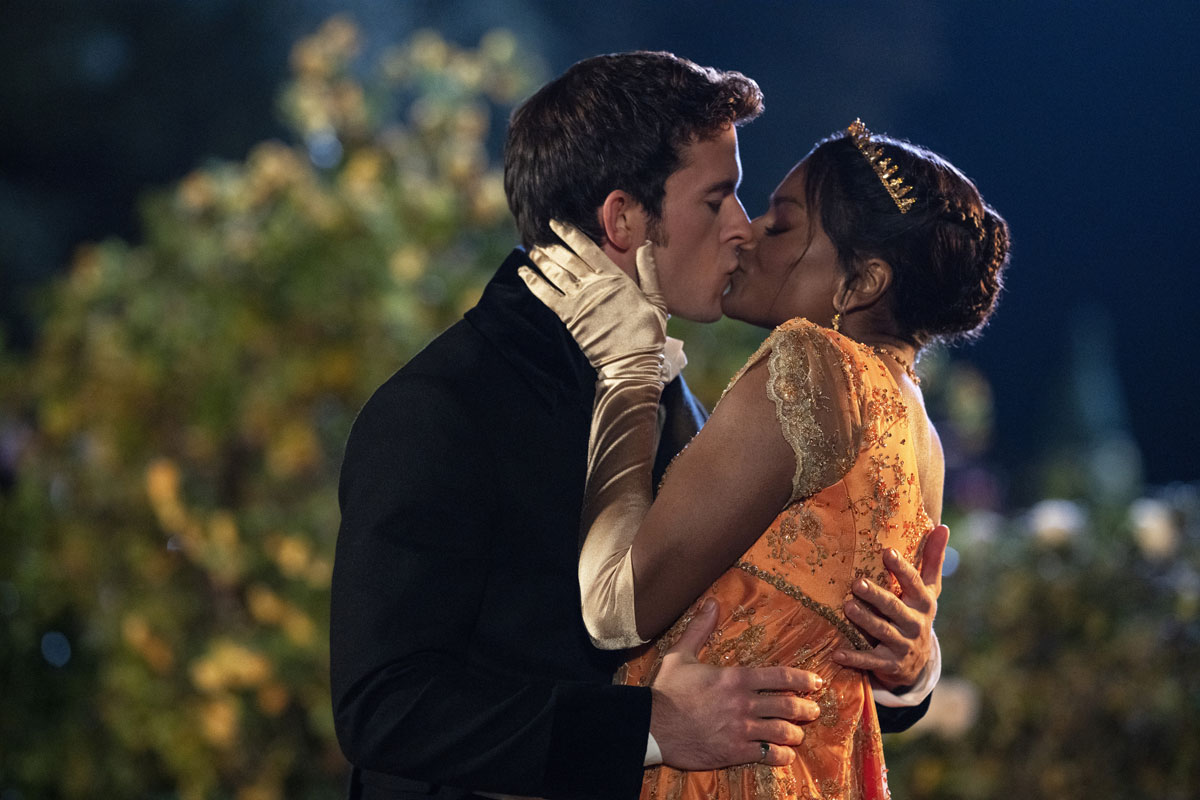 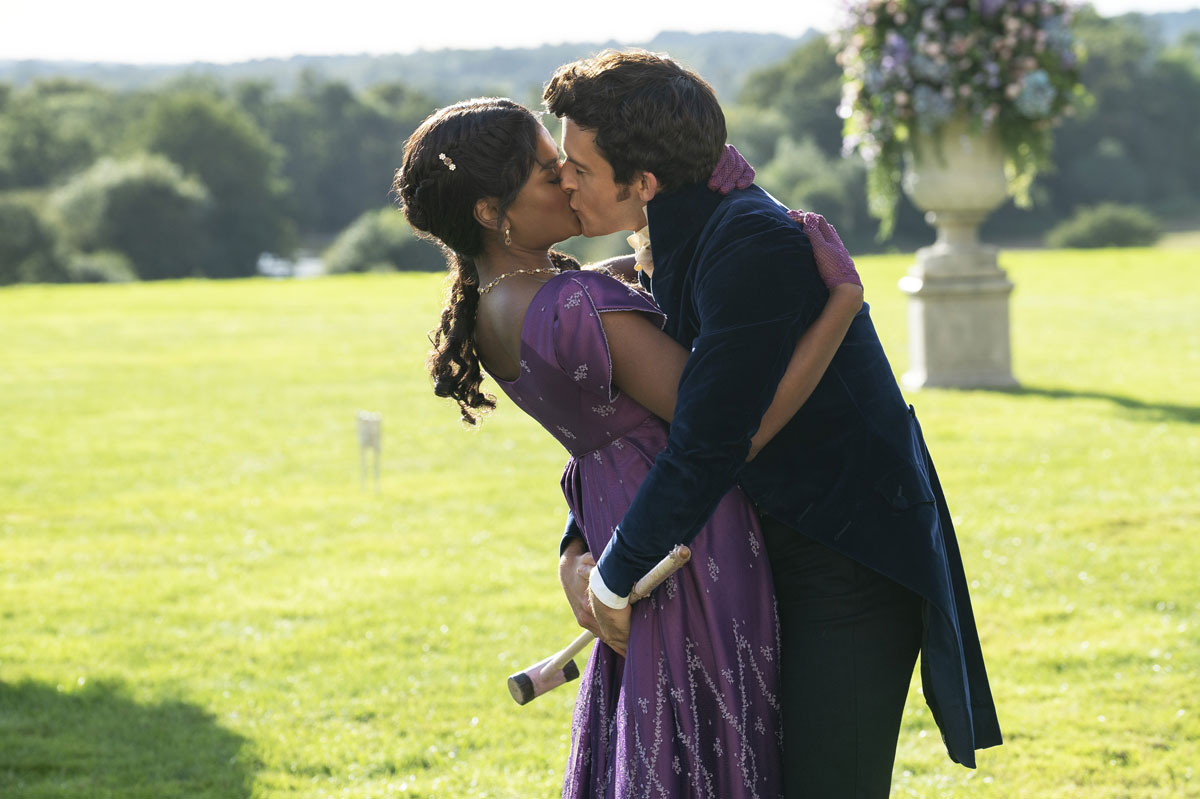 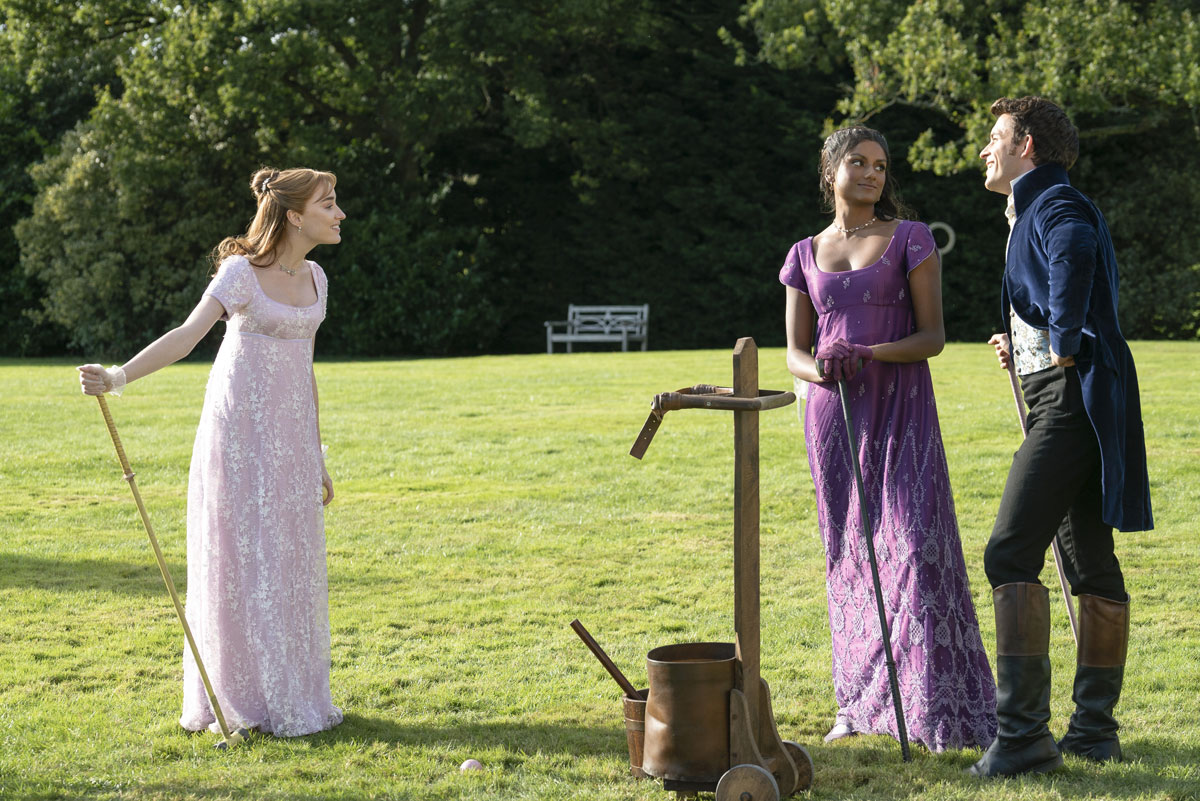