Ben Affleck opens up to the NYT: ‘The biggest regret of my life is this divorce’


Ben Affleck opens up about his divorce, that back tattoo, and alcoholism: "It took me a long time to fundamentally, deeply, without a hint of doubt, admit to myself that I am an alcoholic. The next drink will not be different.”https://t.co/a8aWv33XDF

Ben Affleck is starring in the film The Way Back, where he plays an alcoholic who goes back to coach his high school basketball team. It’s out March 6th so I guess this is the start of promotion for it. The director, Gavin O’Connor, also worked with Affleck on The Accountant and it’s a relatively low budget movie compared to other projects he has in the works. It’s also, of course, personal for Affleck. The last time we really talked about him was in October when he got caught out by the paparazzi drunk at a Halloween party. He had announced one year of sobriety in August. After that he and Jen circled the wagons, did some family photo ops and leaked some stories to the press about how they’re co-parenting. It was standard crisis control for them, Jen has been covering his ass for years, and he knows it.

The NY Times has a new profile with Affleck where he opens up about his alcoholism, talks about the fact that he lied about his back tattoo (more on that here, he eventually admitted it was real, but didn’t cop to lying about it before this), and says he regrets his divorce. Here are some excerpts from that, with more at the source.

On his alcoholism
“People with compulsive behavior, and I am one, have this kind of basic discomfort all the time that they’re trying to make go away. You’re trying to make yourself feel better with eating or drinking or sex or gambling or shopping or whatever. But that ends up making your life worse. Then you do more of it to make that discomfort go away. Then the real pain starts. It becomes a vicious cycle you can’t break. That’s at least what happened to me…

“I drank relatively normally for a long time. What happened was that I started drinking more and more when my marriage was falling apart. This was 2015, 2016. My drinking, of course, created more marital problems…

“Relapse is embarrassing, obviously. I wish it didn’t happen. I really wish it wasn’t on the internet for my kids to see. Jen and I did our best to address it and be honest…

“It took me a long time to fundamentally, deeply, without a hint of doubt, admit to myself that I am an alcoholic. The next drink will not be different.”

On his divorce, regret and shame
“The biggest regret of my life is this divorce. Shame is really toxic. There is no positive byproduct of shame. It’s just stewing in a toxic, hideous feeling of low self-worth and self-loathing…

“It’s not particularly healthy for me to obsess over the failures — the relapses — and beat myself up. I have certainly made mistakes. I have certainly done things that I regret. But you’ve got to pick yourself up, learn from it, learn some more, try to move forward.”

On telling Extra his back tattoo was fake
“I resented that somebody got a picture of it by spying on me. It felt invasive. But you’re right. I could have said, ‘That’s none of your business.’ I guess I got a kick out of messing with ‘Extra.’ Is your tattoo real or not real? Of course, it’s real! No, I put a fake tattoo on my back and then hid it.”

I could definitely relate to the first part about compulsive behavior. I’m trying to channel that into healthy things like exercise and meditation but it’s easy to go overboard with just about any activity. As for the rest of the interview, Affleck is saying the right things but they ring hollow to me. Maybe I’ve just been following him for too long. He has been highly complimentary of Garner before, especially about her parenting, but he doesn’t really say much about her in this interview. It’s not like he’s owning up to his mistakes as much as saying he’s moved on from them and wants us to also. I do think he’ll get a comeback. He’s a powerful white dude. Plus it’s not like he hurt his kids or drove drunk or anything. 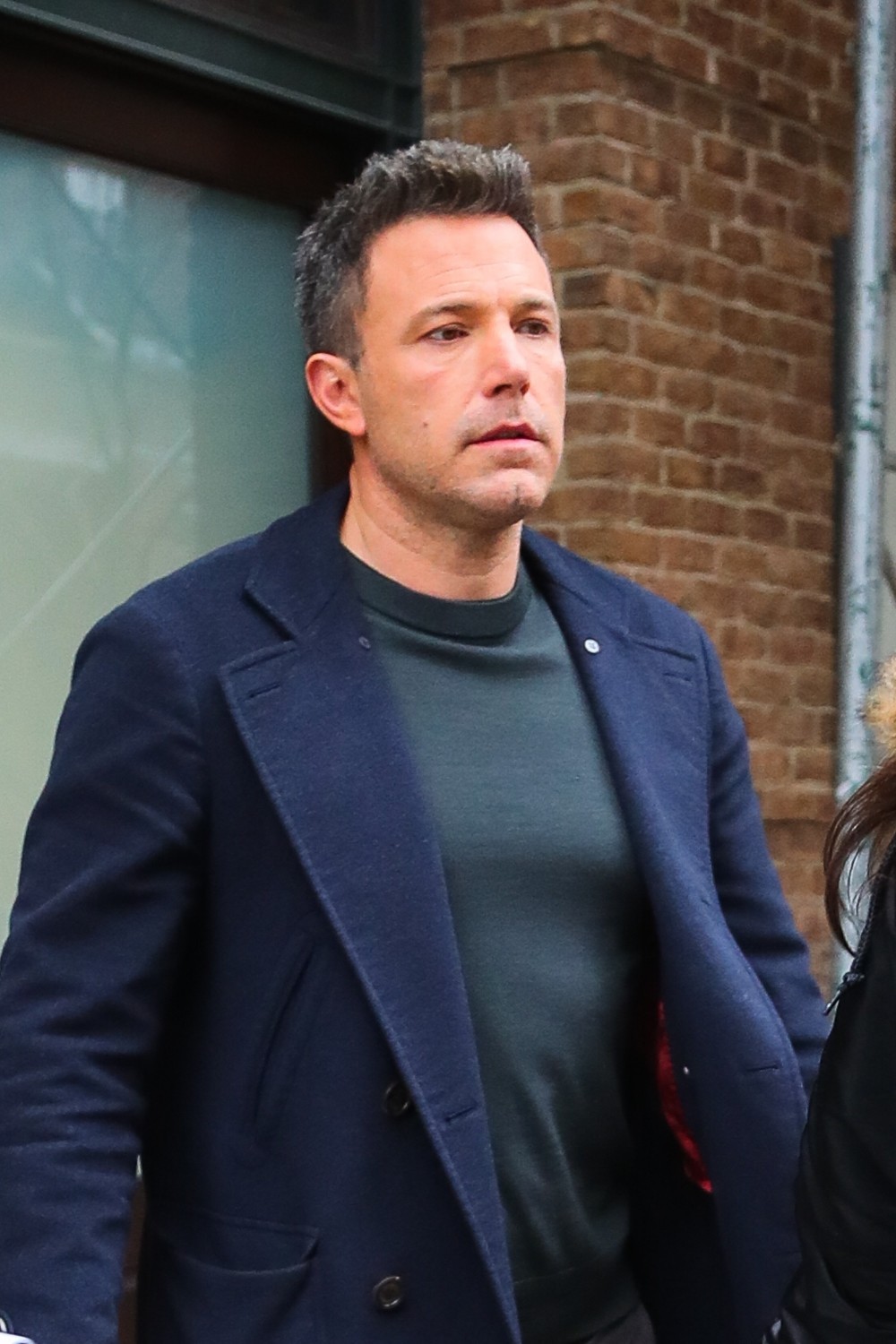 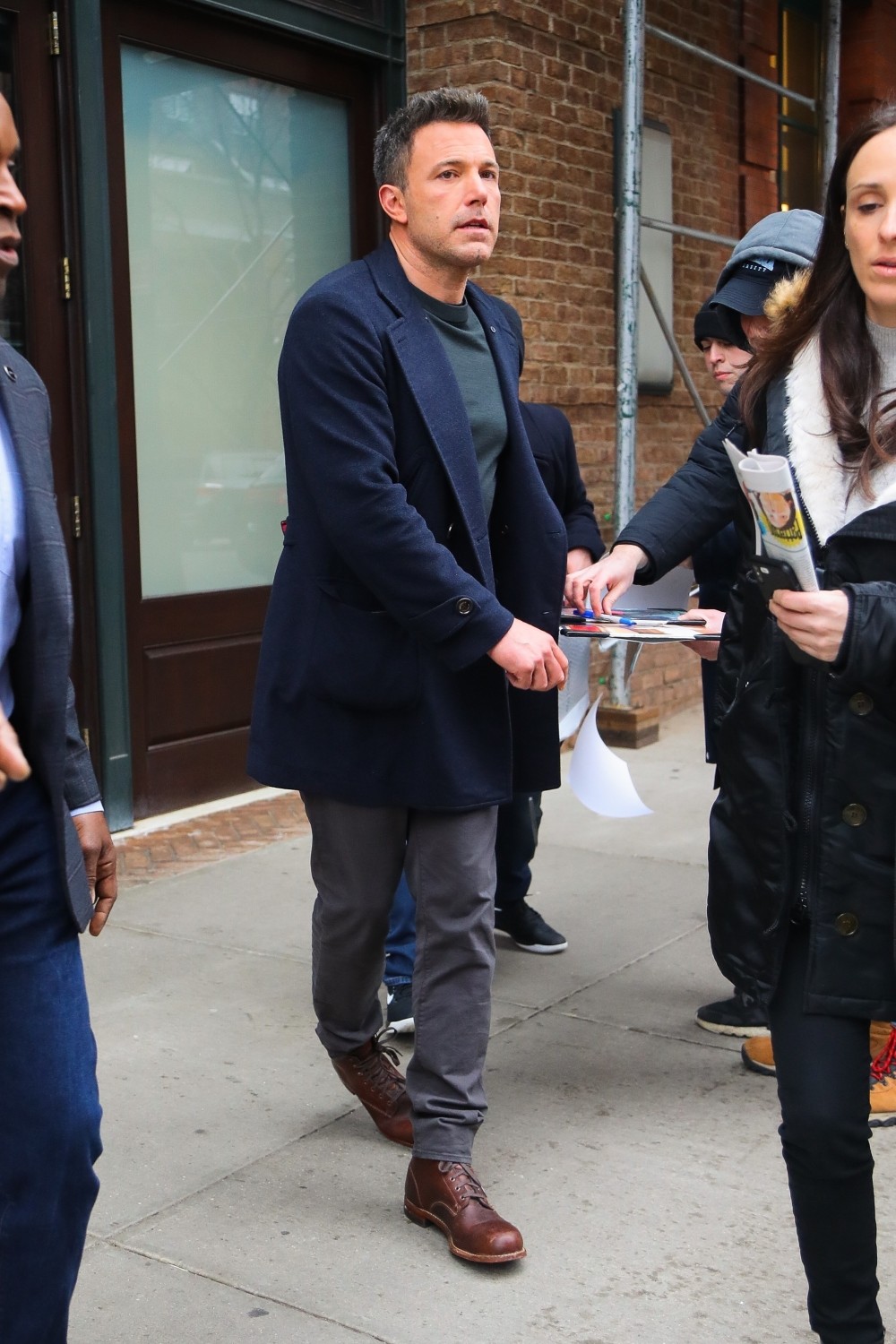 57 Responses to “Ben Affleck opens up to the NYT: ‘The biggest regret of my life is this divorce’”