RHONJ’s Dolores Catania lost 25 pounds on HCG diet, calls it worth it


Embed from Getty Images
Body shamers are everywhere lately, and they’re routinely being put in their place, fortunately. Another kind of troubling conversation around bodies involves people who promote diets that sound too good to be true, and that promote extreme eating behaviors, rather than sensible, backed-by-medical-professionals guidance. Jameela Jamil has been crusading against this.

One of the disturbing diets being touted by some celebrities is the HCG Diet. It’s most recent proponent is Real Housewives of New Jersey star Dolores Catania. If you aren’t familiar with the HCG Diet, get ready to cringe:

“I lost 25 pounds,” she said. “I’m a yo-yo dieter. Food is my vice, it’s comfort for me. I grew up eating not the healthiest food. I’ve always struggled so now I found, I had to just get a grip.”

Catania, 48, said she started following the controversial HCG (Human Chorionic Gonadotropin, a hormone produced during pregnancy) diet, which limits calorie intake to 750 per day and requires daily injections of the hormone.

“You get small injections every day, but it’s really not bad,” she said. “You’re only allowed 750 calories for 45 days but you lose 30 pounds. It’s worth it.”

As for what she ate, Catania said she cut all fats out of her diet and limited her portion sizes. According to Healthline, most participants lose an average of 1-2 lbs. per day on the diet.

This sounds absolutely terrible, not to mention dangerous. People includes a caveat for anyone considering the diet:

While Catania praised the diet, the HCG protocol has also been widely criticized. The Food and Drug Administration has advised consumers to steer clear of over-the-counter weight-loss products that contain HCG. The FDA also warns about maintaining such a low-calorie intake, claiming it can cause side effects including gallstone formation, an imbalance of the electrolytes that keep the body’s muscles and nerves functioning properly, and an irregular heartbeat.

Dolores isn’t the only celeb who has tried the HCG diet. Laura Prepon and Jojo were on it, too. Jojo called it, “the most unhealthy thing I had ever done,” and said that she gained all the weight back, which is what I would have assumed would happen. I’m not a medical professional, but I also don’t think it sounds wise to inject myself with a hormone that I’m a.) not producing naturally, but also, b.) don’t need in order to be healthy. I’m curious about who, exactly, is providing these injections? I wouldn’t think that reputable professionals would do it, but would instead work with a patient to create a healthy, safe plan for weight-loss. I hope that this is one fad that eventually disappears, but in the meantime, I hope Dolores and others who are on it are having their health monitored for any potential complications.

Note by Celebitchy: The first two photos of Delores below are from July. I’m not going to say much except that she looked happier then. 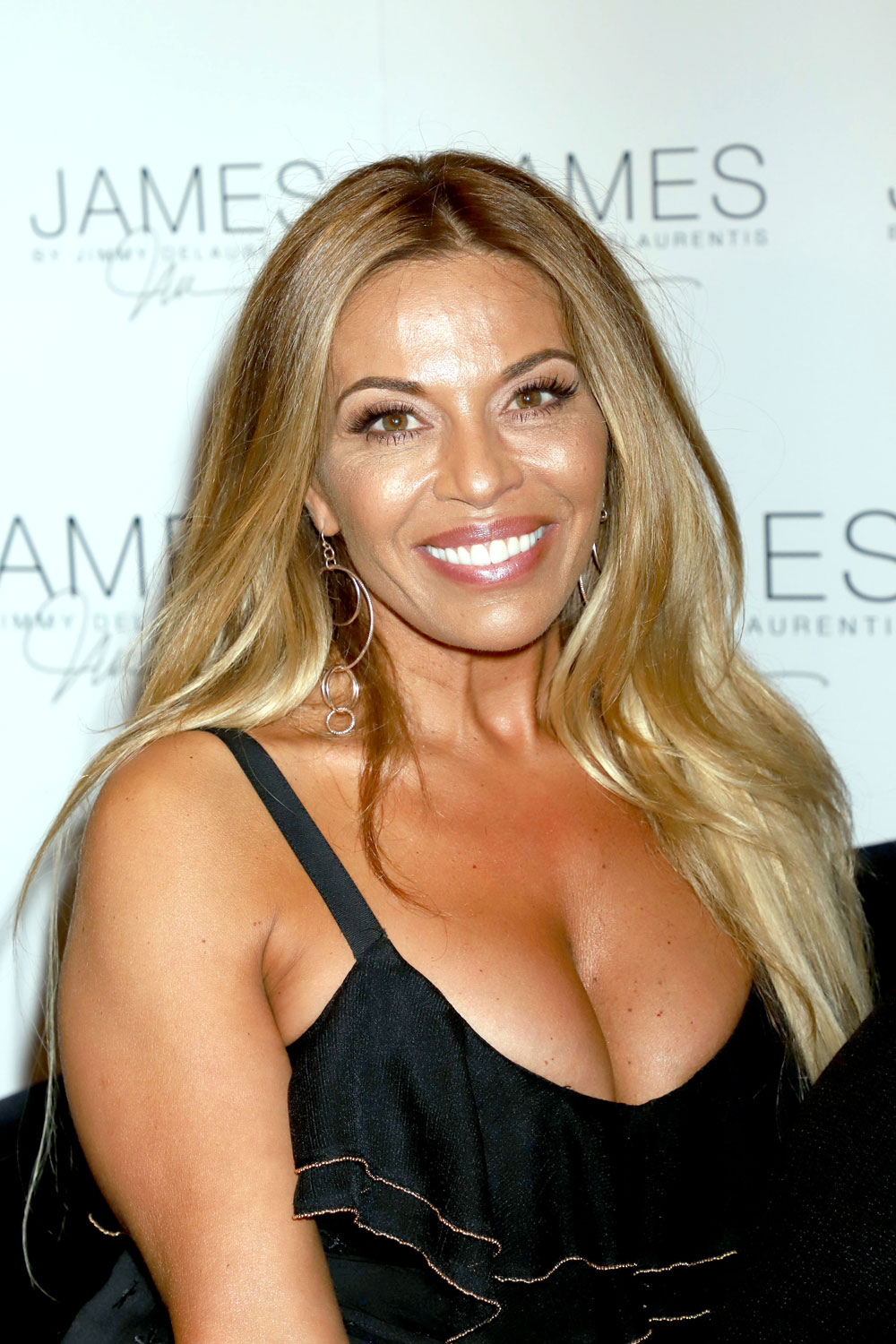 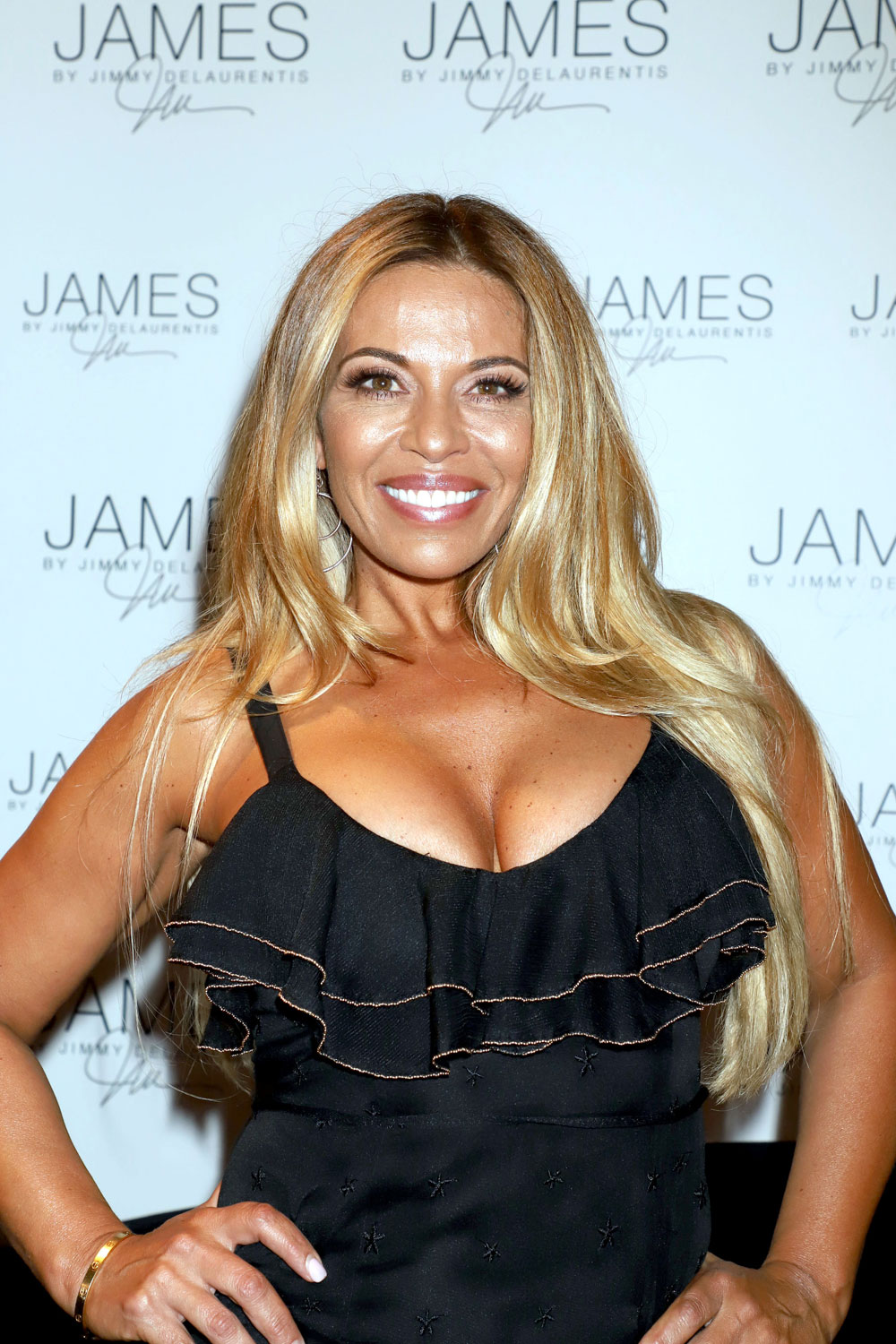 16 Responses to “RHONJ’s Dolores Catania lost 25 pounds on HCG diet, calls it worth it”