‘Gossip With Celebitchy’ podcast #61: Celebrities we’d like to see together 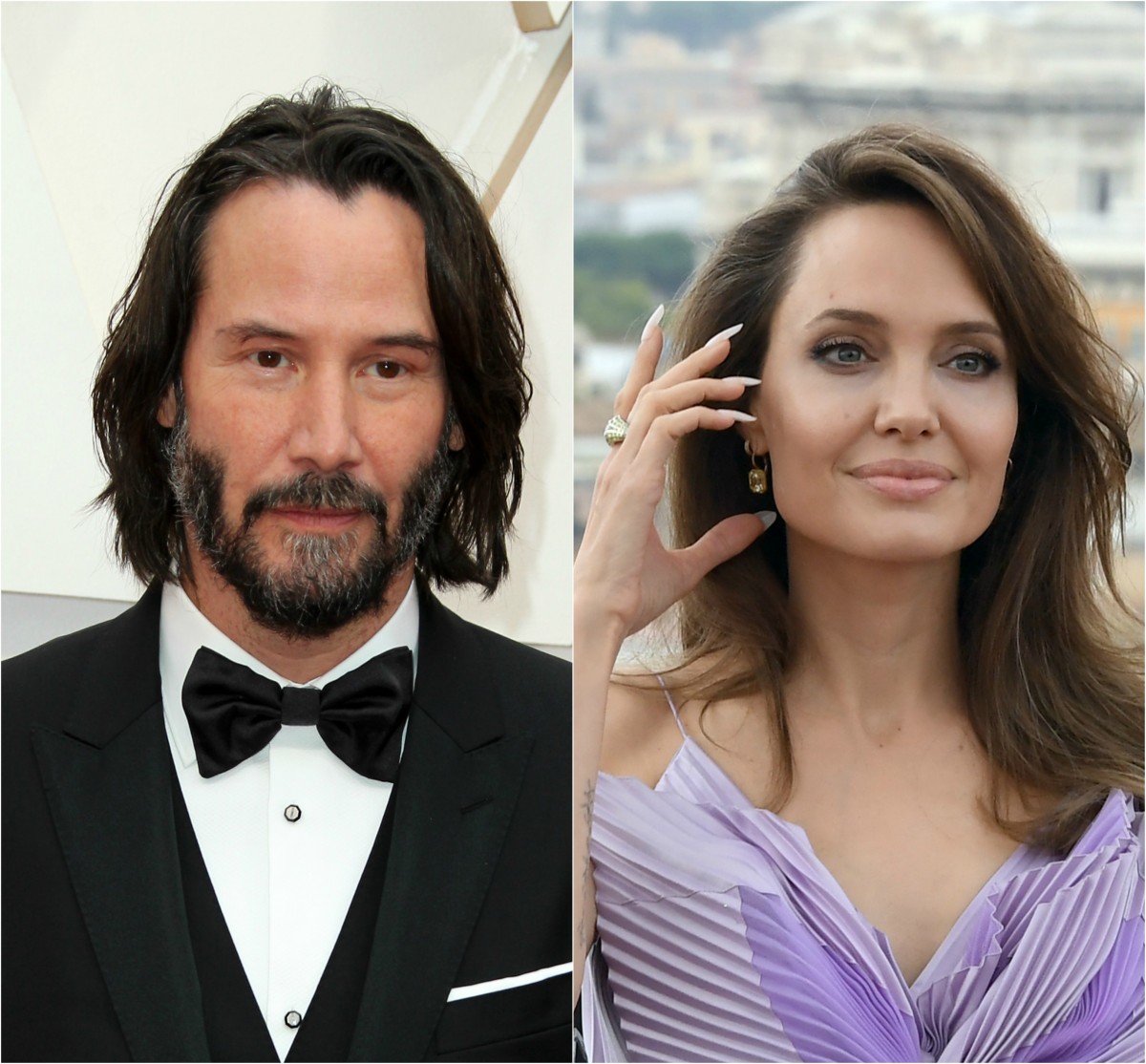 Intro: Minutes 0 to 5:30
Chandra is going to be able to see her mom in person for the first time in four months. My car’s windshield got a crack in it and I got it replaced. (Here’s the SNL skit Chandra mentioned. They didn’t apologize for that, I was wrong, but they did remove it from their YouTube channel after Safelite complained. My Safelite guy was super professional and even wore a mask outside.) Chandra has been rewatching Castle and I’m watching Hanna on Amazon. Chandra knows the leads in that from their work on The Killing, which she hated. You can listen below!

The Royals and Finding Freedom: Minutes 5:30 to 30:30
The first excerpts from the upcoming book Finding Freedom were in The Times of London and then People Magazine ran briefer excerpts. I loved the story about Harry and Meghan’s love story and first dates. Harry began texting Meghan immediately after their first date and was besotted with her. He uses a lot of emojis and loves the ghost emoji. Lainey said that means “boo,” like “hey boo.” We don’t like when people use too many emojis.

JacqB tweeted Chandra’s line in that story “why isn’t their love story celebrated?” Their romance is a modern fairy tale and we wonder why we don’t hear about it more. I mention that The Cambridges probably don’t want to have their on-off relationship and eventual marriage contrasted with The Sussexes. Chandra mentions the narrative in the press that Harry and Meghan moved too fast for anyone to vet her. They still dug up everything they could find about her and it wasn’t much.

Minute 12:00: We heard that when Meghan was first dating Harry she got nitpicked over a tiny H&M initial necklace she wore and was told not to smile in paparazzi photos. Chandra points out that Harry’s aids in Kensington Palace were the ones micromanaging Meghan, although of course they also worked for the Cambridges.

Minute 13:30: The Sussexes’ official engagement story is that they got engaged in November, 2017, but Finding Freedom reports that they got engaged a couple of months earlier, before the Invictus Games in late September. We think Harry proposed to Meghan during their trip to Africa that Summer. She also thinks that the Cambridges’ official engagement story isn’t the real one, and that it might be a thing with the royals to keep their proposal stories private.

Minute 14:45: We heard that the courtiers were trying to keep Harry and Meghan’s popularity down. Prince Harry felt “unprotected” by his family and understandably didn’t trust the courtiers. Harry and Meghan had to dim their light and keep their work quiet because William and Charles’ initiatives were supposed to get more attention. Chandra thinks that the Sussexes’ popularity must have brought up old issues for Prince Charles, who was overshadowed by Princess Diana. Charles probably knew he could have harnessed the Sussexes’ star power. I remember the stories that Harry wanted to move to Africa and Chandra says William was behind those and wanted to send Harry and Meghan there.

Minute 16:30: William told Harry not to rush with Meghan or be blinded by lust. There were at least two other royals who had an issue with the pace of their relationship. Someone in the royal family called her “Harry’s showgirl” and said she “came with a lot of baggage.” Chandra quotes Finding Freedom’s line that William told Harry “Don’t feel you need to rush this. Take as much time as you need to get to know this girl.” That was what pissed off Harry so much. Harry knows William and knows that comment meant that he shouldn’t marry Meghan.

In response there were multiple stories defending the Cambridges, including one where “two sources said the Duchess of Cambridge was crying after a dress fitting with Charlotte.” Note the careful wording of that statement. Kate cried AFTER the dress fitting, which is why there aren’t more witnesses. We still don’t know what made Kate cry. We’ve heard that it was over whether the girls would wear tights, but if so why aren’t they repeating those details in these latest stories?

Minute 20:30: The Cambridges also denied being unwelcoming to Meghan, with separate stories claiming Kate cooked her vegan food and once hand delivered flowers to Meghan. That incident was likely in late 2019, which is why the gesture was too little too late for Meghan. I play a segment from our Zoom meeting where Karen and Sara talk about Meghan making Kate cry and Kate cooking Meghan vegan food.

It’s likely that people got the order to bully Meghan in the fall of 2018, because she was getting too popular after their Australian/New Zealand tour and her pregnancy.

Minute 24:00: We also heard that the story over Meghan getting access to one of the Queen’s tiaras before her wedding was really a conflict between the Queen’s longterm dresser, Angela Kelly, and Prince Harry, who thought Kelly was delaying Meghan’s access. It ultimately happened, but it sounds like there was a lot of conflict over that. This is part of the narrative about Meghan being demanding.

Minute 25:00: We got a story that the courtiers don’t believe the Sussexes are coming back to the royal family after their one year review, but they’re spinning it like they didn’t already leave and like they actually want to come back. It’s like the royal family are the gatekeepers when Harry and Meghan are the ones who wanted to leave. Chandra thinks Harry and Meghan wanted to continue to be royals part-time but that they saw the unhinged reaction by the palace and decided to leave permanently. She says Charles and The Queen did that to leave the door open for Harry specifically. She mentions a tweet about Harry being a Virgo. Chandra is a Virgo too and says they’re champion grudge holders.

Harry looked so pissed off on Commonwealth day while Meghan held it together beautifully and looked blissed out. I play a segment from our Zoom meeting where Zakia, Ameerah, Sara and Tanisha talk about the one year review.

User Feedback and celebrities we’d like to see together: Minutes 30:30 to 36:30
Mary left us a nice voicemail about our site, commenters and podcast, thank you! She asked us to play matchmakers for random celebrities and we came up with some good ones. Chandra says that most celebrities are a-holes and I say they’re narcissists. I mention Brad Pitt and Tiffany Haddish, but she’s too good for him. Chandra mentions Angelina Jolie and Keanu Reeves, but wonders if they would have passion together. She loves Angelina with Jonny Lee Miller and always liked them together, but he’s married now with kids. I googled “single celebrities over 40” and I also came up with Tracee Ellis Ross and Alexander Skarsgard. Chandra remembers he dated Kate Bosworth and thinks he would be good with Charlize Theron. I remember that Robert Pattinson and Suki Waterhouse are together and think that they’re pretty random.

Thanks for listening bitches! If you like us please turn off your ad blocker when you visit our site. Text us or leave a voicemail at 434-218-3219. We’re on all major platforms including Spotify, YouTube, iHeartRadio, Apple Podcasts, Google Play Music, Google Podcasts and Castbox. We need more positive reviews on Stitcher if you’d like to help us out. Thanks! 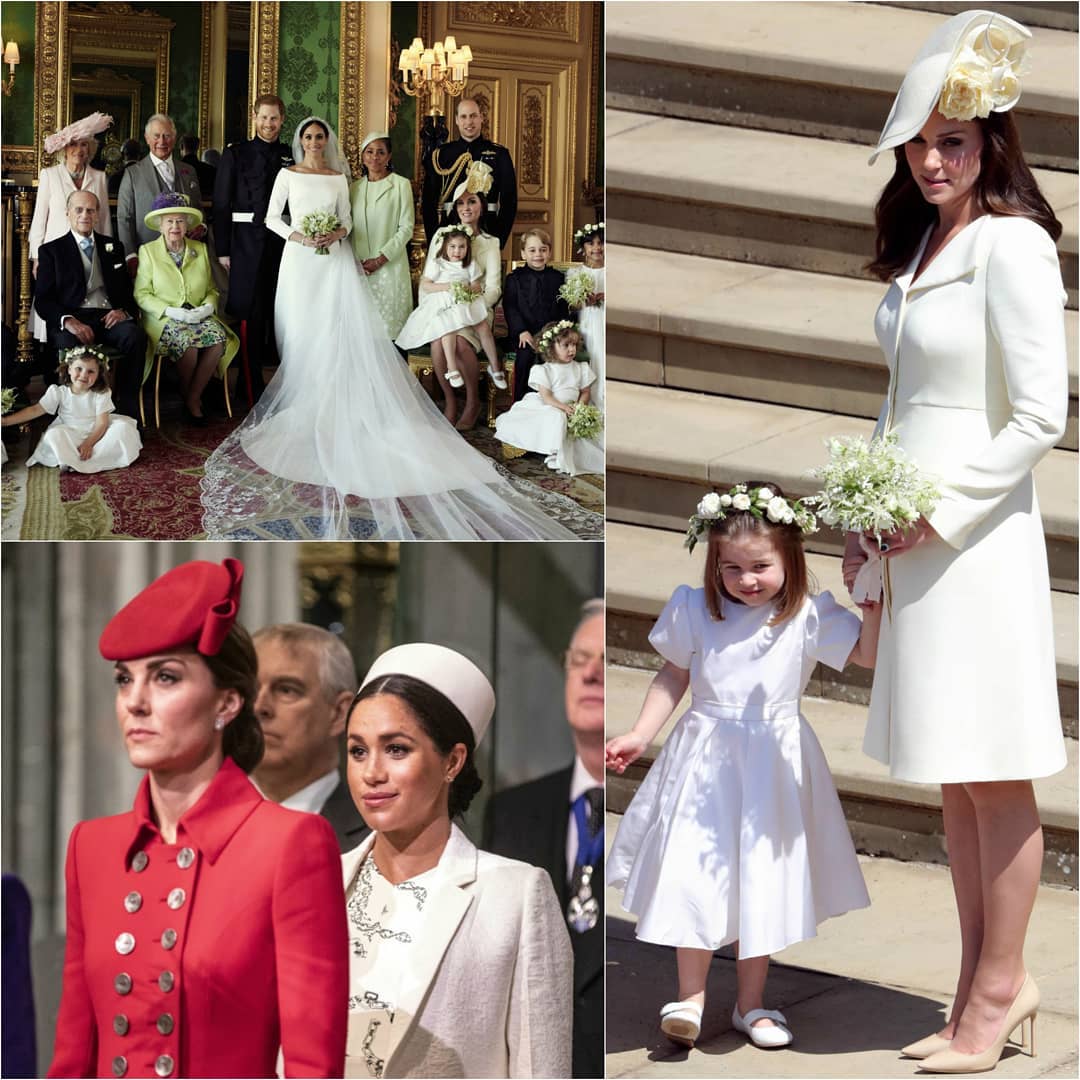 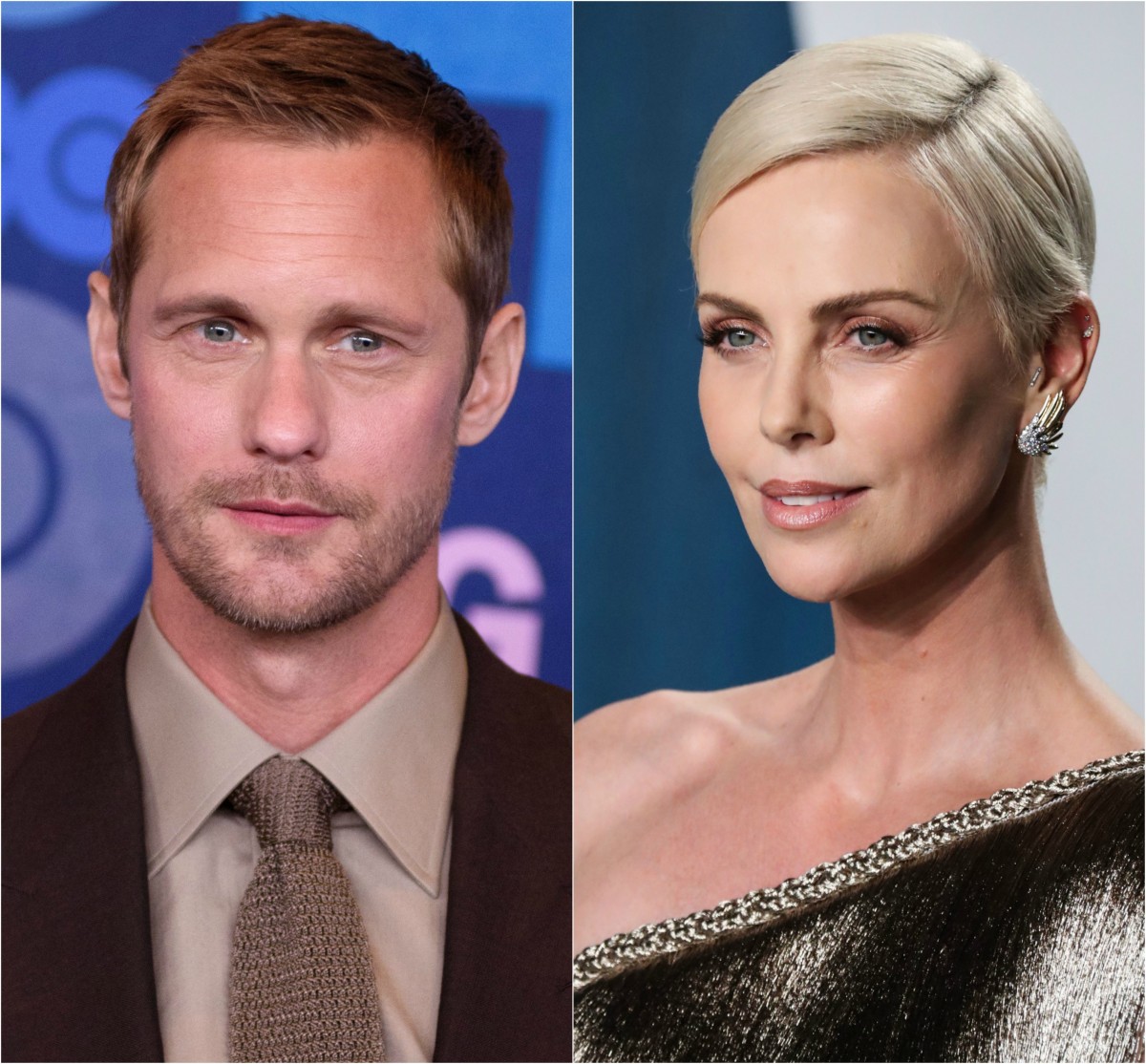 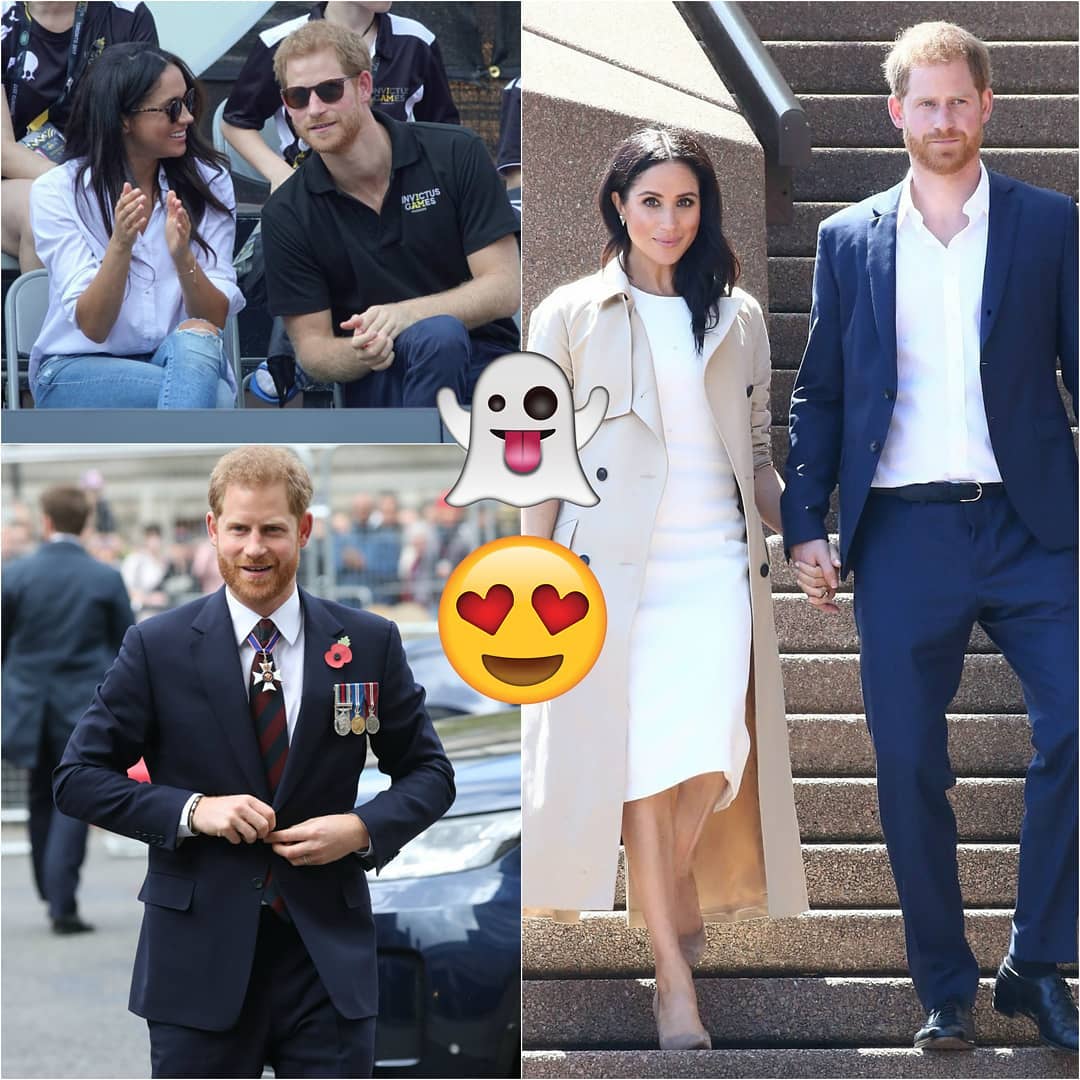 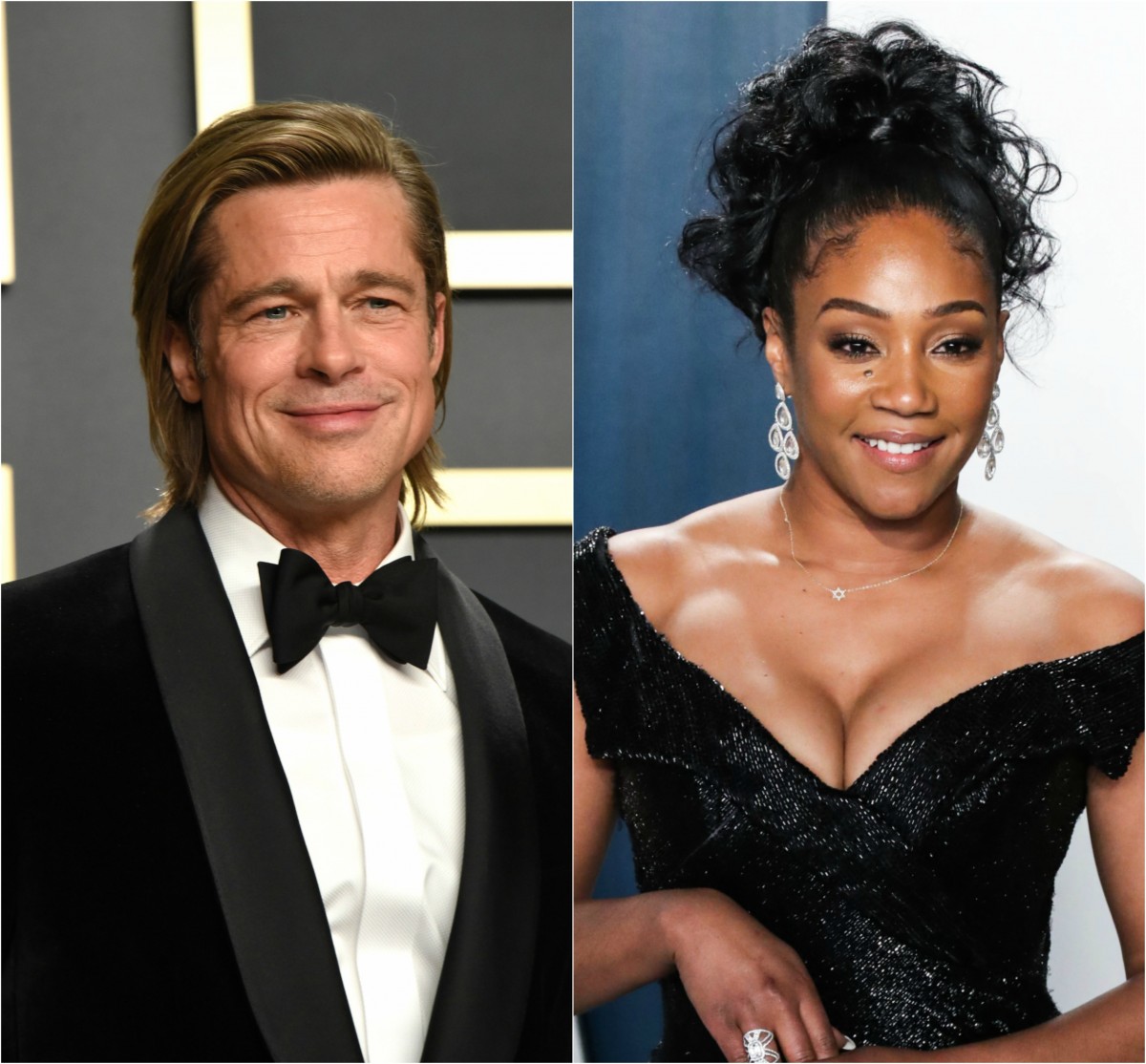 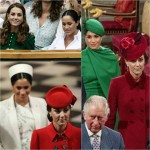 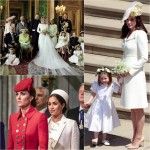 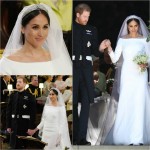 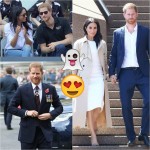 20 Responses to “‘Gossip With Celebitchy’ podcast #61: Celebrities we’d like to see together”